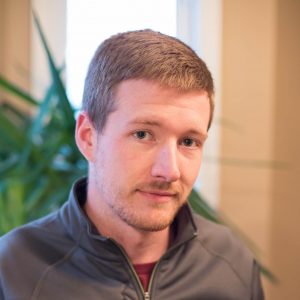 Following his MSc, Matthew pursued additional research at the University of British Columbia, worked in the mineral exploration industry, and took an academic break in 2016.

In the Fall 2017 Matthew began a PhD with Dr. Stephen Piercey at Memorial University of Newfoundland (Canada) where his current research focuses on the petrology, lithogeochemistry, and U–Pb geochronology of felsic volcanic and intrusive rocks in the Finlayson Lake volcanogenic massive sulfide (VMS) district, southeastern Yukon (Canada).

Matthew uses a combination of bulk rock and in situ geochronological and geochemical data from felsic-hosted zircon, monazite, and apatite in VMS-hosting and VMS-barren stratigraphy to define new prospectivity criteria.

The results of this study will provide a new stratigraphic framework for Late Devonian to Early Mississippian volcanic and plutonic activity in the Finlayson Lake district and add new perspectives on the formation of VMS deposits in the Yukon, on the crustal evolution of the northern Canadian Cordillera, and will contribute to our understanding of the global-scale interplay between tectonics, magmatism, and VMS genesis.