A Tribute to Edward Sturgis Grew, on the occasion of his 70th birthday 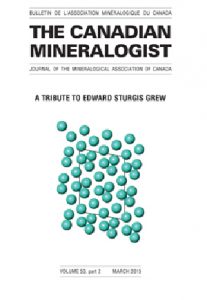 Research Professor Edward S. Grew from the University of Maine has been well known to professional mineralogists and geologists for several decades.

In his prolific career he has contributed to several disciplines within the geological sciences: