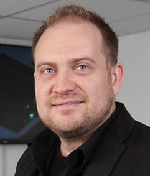 Jacob is an associate professor in the Department of Geology, Saint Mary’s University (SMU) in Halifax, Nova Scotia. He received his BEng (1999), MSc (geology, 2001), and PhD (geochemistry,2005) from the University of Toronto (Canada) and was a Natural Sciences and Engineering Research Council (NSERC) postdoctoral fellow at the Eidgenössische Technische Hochschule (ETH) Zürich (Switzerland) from 2005 to 2007.

He currently heads the Mineral Exploration and Ore Fluids Laboratory at SMU. His group’s research focuses on the application of fluid inclusion microanalysis using such techniques as laser ablation inductively coupled plasma mass spectrometry (LA-ICPMS), Raman spectroscopy, and microthermometry to characterize the sources and P T composition evolution of mineralizing fluids in ore-forming systems in magmatic and metamorphic settings, and the development of novel exploration tools for the mineral resources industry.

He received the William Harvey Gross Medal from the Mineral Deposits Division of the Geological Association of Canada (GAC) in 2011, and he was the GAC Howard Street Robinson Lecturer in 2013.

As per the criteria of the award, we note that Dr. Hanley was born and educated in Canada and received his Ph.D. from the University of Toronto in 2005. After a post-doctoral position at the highly regarded ETH research centre in Zurich, Dr. Hanley took up and academic position at St. Mary’s University (SMU) in Halifax where he has been since 2007. Although he works extensively within Canada on a variety of ore deposit settings, he also has extended his interest to other countries. In addition, his work covers many areas of interest to the Society – in particular we note that his many publications, several of which are published in the Society s journal The Canadian Mineralogist, cover areas of mineral chemistry, geochemistry, petrology, and mineral deposits.

Dr. Hanley’s research, summarized in about 30 peer-reviewed publications, is both broad and narrow in scope and integrates field studies with multiple analytical methods, including some which he has developed specifically for his research. His primary interest lies in the area of ore deposits, which initially began with documenting aspects of the Sudbury magmatic Ni-Cu-PGE deposits during both his graduate degrees and since has expanded this into a very broad area of both field based studies and method development. The magnitude and scientific importance of his early work during his post-graduate years and follow-up post-doctoral studies was recognized by both the MAC, with the MAC Foundation Award, and from the Mineral Deposits Division of the Geological Association, with the Harvey Gross Medal. From his early work in Sudbury, since complemented with his small army of very devoted graduate students, have come numerous excellent papers that cover a spectrum of field-based work through to deposit specific studies, to thematic research on such things and fluid and melt inclusions, the volatile chemistry of the host rocks and ore, and the chemistry of ore-related phases. This work is not only of academic interest as most is driven in his search for mineral vectors, thus it has real application to both understand ore forming systems and also future discoveries. Following this early research in the Sudbury ore camp, came new and important contributions from studies of globally significant PGE deposit areas, including the Bushveld, Stillwater and Lac des Iles. Through his very integrated work on melt and fluid inclusions and volatile chemical analysis, Dr. Hanley and his co-workers have suggested that high temperature fluids, in particular mixed carbonic fluids, may play an important role in metal transport. He continues to work on this latter aspect with a focus on alkaline porphyry systems where, using a similar methodology, he has argued that there is a magmatic-hydrothermal continuum responsible for the generation on PGE enrichment in such systems.

In the last few years Dr. Hanley’s research and collaborative projects have broadened with significant contributions in the burial history and maturation of the offshore reservoir rocks for oil and gas potential in eastern Canada, the role of volatiles in the development of crystal habit of diamonds, and the application of LA ICP-MS trace element as a forensic tracer of artifacts among early habitation of Nova Scotia, to name just a few examples. This work reflects both the willingness of Dr. Hanley to work with others and his broad interest in the potential for application of analytical methods across the scientific disciplines.

In order to facilitate his expansive research program, Dr. Hanley has singularly and with his colleagues designed a world-class research centre (SEM-EDS, laser Raman, fluid and melt inclusion stages, GC analyser, CL microscopy) from scratch, which in part reflects his early training as a chemical engineer. His lab incorporates many aspects that are important for understanding and advancing mineral deposit research, such as fluid and melt inclusions studies, mineral chemistry and textural characterization, volatile gas chemistry, and experimental determination of fluid-mineral equilibria. It would be difficult to find such a talented individual so knowledgeable in as many areas as Dr. Hanley regardless of age, yet this is still a person in the early part of his career!

Dr. Hanley is known to be a great teacher, mentor and supervisor and is very generous with his time. In the short time he has been at SMU, he has supervised over 15 undergraduate student thesis projects and 11 graduate projects (7 completed and 4 in progress). Dr. Hanley is a highly regarded supervisor, due largely in part to the amount of time dedicated to their research and the development of their written and oral communication skills. During his tenure at SMU he has also volunteered to present numerous short courses (singularly or as a team) targeted to students that span topics from scientific writing and designing research programs, to forensic archeology, fluid inclusions, and applications of LA ICP-MS. In addition, he has already served a full term as Chair of the geology department at SMU, he has volunteered his valued time as associate editor of journals, and has organized numerous sessions at local (AGS), national (GAC-MAC) and international (Goldschmidt) meetings.

We believe the above summary of the contributions of Dr. Hanley, in addition to the attachment which provides all his publications and student projects, make him a worthy recipient for the 2016 MAC Young Scientist Award. His track record, past and projected, is such that we feel that Dr. Hanley is amongst the top young scientist working in the broad field of ore deposit geology not just nationally, but internationally and as such he should be recognize.

“I am greatly honoured to receive this award and would like to thank the Mineralogical Association of Canada, its council and those individuals who put forward my nomination. I would like to thank also my colleagues at SMU and across Canada with whom I have enjoyed very much many fruitful collaborations and look forward to many more. Notably, I would like to acknowledge Dan Kontak, Jim Mungall, Edward Spooner, Colin Bray, Doreen Ames, Zoltan Zajacz, Victor Owen, Katie Cottreau-Robins, Chris Davis, David Andrews, and the late Craig Finnigan, who have shared with me common interests in research and have been most supportive of my endeavours.

It is particularly wonderful to receive this honour today, on my 40th birthday. I was told that nearly 4 decades ago, only 8 months old, I was already clambering around my late grandfather’s mineral collection, putting garnets from northern Manitoba’s Fox Mine in my mouth, getting a ‘taste’ of mineralogy for the first time. Later, it was my grandfather who succeeded in passing his interest in mineralogy onto his grandson. I continue to enjoy discovery, and most importantly, I enjoy seeing my students make their own discoveries. To them, I owe the greatest thanks for my research successes and this award is to be very much shared with them. Through their own discoveries and eagerness to learn, I am greatly motivated to create opportunities for them, and to encourage and promote their successes.

In this context, the Mineralogical Association of Canada deserves particular credit. Through the numerous fellowships, travel grants, and special discounts for student membership they provide, MAC provides critically important opportunities for the next generation of mineral scientists to become part of a larger scientific community within Canada and abroad. Lastly I would like to acknowledge my family, in particular my parents James and Lynn, my spouse Aldona Wiacek who could not be here today, busy in South Korea presenting the results of her research, and my children Katie and Finn, who are being plugged full of sugar by their grandparents as I speak. Without them, this journey of discovery would be meaningless. Thank you.”