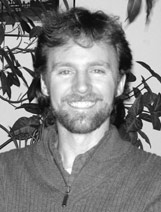 in a promising start to a scientific career. The Mineralogical Association of Canada has selected Dr. James S. Scoates for the Young Scientist Award. Although he completed his Ph.D. a few short years ago, in 1994, he has established an international reputation in the petrology of mafic igneous intrusions and the origin of the orebodies that they host.

Dr. Scoates earned his B.Sc. at Queen’s University in 1987 and completed an Honours thesis supervised by a Past President of the Association, Dr. Peter Roeder. He subsequently attended the State University of New York at Stony Brook before earning his Ph.D. at the University of Wyoming under the supervision of Dr. Ronald Frost and Dr. Don Lindsley. Dr. Scoates also worked as a field geologist with the Geological Survey of Canada from 1984 to 1992.

Dr. Scoates is the author or co-author of some 16 papers and 50 abstracts. These papers display and amazing range of expertise: microthermometry, isotope and trace element geochemistry, emplacement of flood basalts, geology and petrology of anorthosites and gabbros, origin of iron-titanium oxide, base metal, and hydrothermal ore deposits.

Dr. Scoates has accepted a position at the University of British Columbia after teaching at the Université Libre de Bruxelles in Belgium. Mr. President, fellow mineralogists and petrologists, it gives me great pleasure to introduce you to Dr. James Scoates, the Young Scientist Medalist of the Mineralogical Association of Canada.

“Receiving this award, the Young Scientist Medal, is a tremendous honor for me, and to be honest, it is also a real first-class confidence booster! I would like to take this opportunity to thank both the MAC and the members of the selection committee for considering me, especially given that is nearly 14 years since I left Canada to pursue my graduate studies and professional career. I realize that there is no residency clause for receiving this award, but it does reflect a positive, progressive view of science that is not limited by borders.

I would not be receiving this award were it not for the constant companionship, love, and support of my wife, Dominique Weis. Dominique has constantly challenged my scientific limits by forcing me to reconsider on a regular basis what my basic assumptions are, what are the conveniently discarded unknowns, and how I can make my science better. And most importantly, her determined policy of zero-tolerance for dishonesty, arrogance, and self-grandeur in all aspects of life is a source of constant amazement and inspiration.

The support of my parents, Mary and Jon Scoates, has been indispensable over the years. They have stood by my choices, well-informed or seemingly without logic, with remarkable patience, offering their carefully considered words of wisdom along the way. In return, they have been able to discover the natural beauty of some of the extraordinary places where I have lived and worked, in particular the American Southwest and the wave-swept coast of Brittany, France.

When I went to Queen’s University in 1982, I had no intention of becoming a geologist � I enrolled as a History major. But, I had one class slot to fill and I thought ‘Why not geology? Maybe this way I’ll learn the basic vocabulary to talk with my father about what he does for a living’. The course, taught by Sandra McBride, was a stunner and I was hooked – it was history alright, but done using a radically different time-scale!

In thinking about how I got to this point in my career, it became apparent that there was nothing more important than the presence of some remarkable people, mentors if you will, who spent enormous amounts of time with me over the years, explaining the nuances of their particular fields, offering advice and encouragement, and ultimately becoming great friends. These people include: Alan Galley at the GSC, who took me under his wing and taught me the essential aspects to mapping and the fun of field geology, Don Lindsley at Stony Brook, who patiently waited and succeeded in turning me on to joys of experimental petrology (my apologies for the fact that it took more than 12 years!), Ron Frost at Wyoming, whose vast interests in all aspects of geology, science, nature and life in general led to innumerable discussions that were a highlight of my graduate studies, and Tony Morse, one of the truly great petrologists, who has shared his years of experience with me, typically over a plate of escargots smothered in garlic butter.

As many of you may already know, Dominique and I will be moving to Vancouver next year to take up positions in the Department of Earth & Ocean Sciences at UBC. We are both very excited by the new possibilities offered by working with this dynamic group of people and helping to promote the Earth Sciences in Canada and at the international level. I hope to see you all on a more regular basis than during the last 14 years, to interact with you professionally and socially, and most of all to learn, discuss, and debate with you all of the great things that are happening in geology.

Thanks very much for your support.”