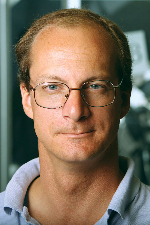 Following postdoctoral appointments at University of Cambridge (UK) and the University of New Mexico (USA), Burns joined the faculty of the University of Illinois Urbana (USA) in 1996. He moved to the University of Notre Dame in 1997. His research focuses on aspects of actinide materials, including uranium and thorium mineralogy and geochemistry, actinide environmental chemistry, actinide solid-state chemistry (especially of uranium and neptunium), and the nanoscale control of actinides. Starting in 2005, he developed a family of more than 100 nanoscale uranium oxygen cage clusters that self-assemble in water. He is developing applications of these that take advantage of their unique properties. His research has produced more than 360 published archival journal contributions as well as three books.

Peter`s initial work was quite theoretical, involving Hartree-Fock calculations on Cu minerals and energetic and topological aspects of borate minerals, giving him his first chapter in a Mineralogical Society of America Reviews in Mineralogy volume on Boron. He then focused on developing a structural hierarchy for U6+ minerals and applied this work to problems in the disposal of spent nuclear fuel. His initial effort focused on the U6+-oxysalt minerals, developing a coherent understanding of the structures of these minerals, and how their stabilities, properties and occurrence are related to their structures. Uranyl minerals control the concentration of dissolved U in an oxidizing ground water. Uranyl minerals form in soils contaminated with actinides, and are prominent alteration phases in laboratory experiments on UO2 and spent nuclear fuel subjected to oxidative dissolution. Their stability will impact directly upon release rates of radionuclides from spent nuclear fuel in a geological repository by incorporating other radionuclides into their crystal structures. His determination of the structure of wyartite provided the first evidence for U5+ in natural systems. Most uranyl minerals are based upon sheets of polymerized UOn polyhedra, with lower-valence cations in the interlayer positions. By analogy with clay minerals, ion-exchange of interlayer cations in uranyl minerals may be possible. Peters demonstrated the first exchange of interlayer cations (Cs → K) in a single crystal of a uranyl mineral, with important implications for Cs mobility in a geological nuclear-waste repository. In parallel with his work on uranium, Peter has pioneered crystal-chemical studies of neptunium, another radiogenic atom of major importance. Peter’s most important advance stems from solving the crystal structure of studtite: [(UO2)O2(H2O)2](H2O)2. Studtite contains peroxide formed by the alpha-radiolysis of water during crystallization, and the U-peroxide-U bridge is bent. Peter realized that this would allow him to synthesize closed clusters (nanoclusters) of uranyl-peroxide compounds, and he has developed a whole new area of uranium chemistry that has had a major impact both in Chemistry and in the chemical processing of uranium. The diversity of uranium chemistry has exploded since Peter’s realization of the structural role that the U-peroxide-U bridge can play in its structural chemistry. He has shown that it is possible to convert solid uranium-oxide into soluble uranyl-peroxide cage-clusters with a one-pot reaction, and that these cage clusters can be separated from most of the other constituents of an aqueous solution by simple size-based filtration. This approach holds major promise for organic-solvent-free reprocessing of spent nuclear fuel, and the recovery and purification of uranium at the front-end of the nuclear-fuel cycle.

Peter Burns is an exceptional scientist. He is extremely intelligent, works incredibly hard and has exceptional scientific insight. This scientific talent is accompanied by an organizational ability that has allowed him to pursue his ideas on a scale that most scientists can only dream about. Moreover, the progression of his work from abstract theoretical mineralogy to practical schemes for reprocessing spent nuclear fuel is an incredible intellectual achievement. Peter Burns has accomplished an amazing amount of original work during the course of his career, and has won many early and mid-career awards: Hawley Medal (MAC 1997), Young Scientist Medal (MAC, 1998), Donath Medal (GSA 1999) and the MSA Award (MSA 2001). His work since these awards justifies a major senior award, and I am pleased to give him my strongest endorsement for the Peacock Medal of the Mineralogical Association of Canada.

Response
“Mr. President, members of the Executive and Council, Members of the Association, and Guests: I am pleased to accept the Peacock Medal. This is a recognition of not only my own scientific efforts and accomplishments, but also of those who trained me, and the students who have chosen to work with me over the years. I am a mineralogist because Lowell Trembath gave me an opportunity to do research during the summers of my undergraduate years at the University of New Brunswick. Michael Fleet at the University of Western Ontario supervised my master’s work on ordering in synthetic feldspars. Frank Hawthorne, my PhD advisor at the University of Manitoba, gave me complete freedom to explore computation chemistry, synthetic chemistry, and mineral crystal structures. I studied phase transitions in minerals with Michael Carpenter at Cambridge University, and then worked in Rod Ewing’s group at the University of New Mexico, which is where I began my emphasis on uranium mineralogy.

In 1996 I was teaching at the University of Illinois and the chemistry department there had a new X-ray diffractometer with a revolutionary CCD-based detector. I applied this to several uranium minerals there and dreamed of its broader use in mineralogy. The University of Notre Dame funded my dream in 1997 by purchasing a single-crystal diffractometer for my sole use, and I have been there ever since. First I focused on the structures and stabilities of uranyl minerals, and over time I broadened my efforts to include uranium synthetic compounds, and eventually neptunium and plutonium chemistry. In 2010 the University of Notre Dame invested in my dreams again with the construction of new actinide synthetic laboratories, and the United States Department of Energy has funded my work, and that of my students, since 1997. In 2014 I donated that original X-ray diffractometer to Juniata College in Pennsylvania, where it is used for teaching crystallography.

In 2002 I became fascinated by a peculiar uranyl mineral known as studtite because it was reported to contain peroxide, and because it grew on spent nuclear fuel contacting water, as well as on the radioactive debris of the Chernobyl reactor. We solved its structure using materials from the Belgium Museum of Natural History, and showed that the peroxide was generated by the interaction of radioactivity with water. Then a strange thing happened. In 2004 Karrie-Ann, a PhD student of mine, found a book published in the Soviet Union – behind the iron curtain – in the 1960s that somehow had been translated into English and re-published by an Israeli press, and it happened to be in the library at Notre Dame. It was a book about synthetic uranium compounds, and there was a whole chapter on uranyl peroxide crystals formed from alkaline solutions. I repeated the experiments, which were described in great detail in the book, and Karrie-Ann and I used the revolutionary diffractometer mentioned earlier to solve the structures. That is how we discovered that uranyl peroxide polyhedra self-assemble in water to form a vast family of nanoscale cage clusters  a family that we have now developed to about 120 members.

Discovery of the clusters in 2005 proved to be a major distraction from my mineralogical studies, but it did allow for the funding of lots of graduate students and post-docs in actinide chemistry in my group. Our cluster work continues today, but I am also moving back towards my research roots in mineralogy. We have described several new uranium minerals over the past couple of years, including a fascinating uranyl carbonate that contains the first natural uranyl cage cluster that will be named ewingite, after Rod Ewing, who gave me that chance to study uranium mineralogy 20 years ago. We have lots of interesting work underway focused on the thermodynamics of uranyl minerals as well.

Finally, I want to express some thanks. The Mineralogical Association of Canada, of which I became a student member in 1986 and have been active in since, has done a great deal for the mineralogical sciences in Canada and internationally. The Canadian Mineralogist published my top-three most highly cited papers, and Bob Martin edited dozens of them – thank you Bob. I thank my wife Tammy and my children, who always support me. I thank each of my mentors that I mentioned earlier, and all of my teachers over the years. I thank Ginger Sigmon, who has managed my research group for seven years. I thank all of the superb graduate students and post-doctoral researchers who have done the real work. And finally, I thank all of you for this great honour.“