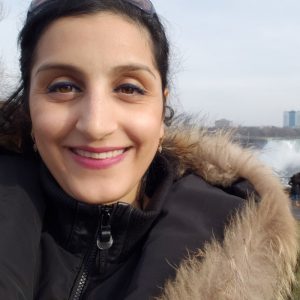 Zeinab Azadbakht, is the Regional Resident Geologist for the Ontario Geological Survey in the Timmins office since August 2020. After finishing her PhD at UNB with Dave Lentz and Christopher McFarlane, Zeinab was a contract lecturer in Economic Geology at University of Regina until she joined the Ontario Geological Survey. She has built expertise in mineralizing systems associated with magmatism, including gold, but is also expanding into Critical Metals research. She has a strong academic background and holds a Ph.D. in economic geology. Zeinab has technical expertise in geoscience data compilation, igneous petrology and mineralogy, and geochronology. She has a passion for geology, adventure and finding new and unique research projects. 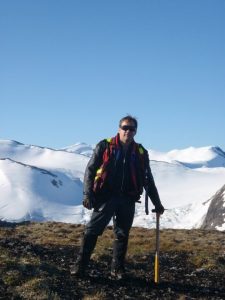 David R. Lentz, David is the Research Chair in Economic Geology for the Department of Earth Sciences of the University of New-Brunswick.  He received his B.Sc. (1983) and M.Sc. (1986) degrees in geology from the University of New Brunswick (UNB) in Fredericton. He completed a PhD (1992) at the University of Ottawa and then worked with the Geological Survey of Canada for three years. In 1994, Lentz joined the New Brunswick Geological Survey as their mineral deposits geologist. In 1999, he won the Harvey Gross Young Scientist Medal from the Geological Association of Canada (GAC). Since 2000, he has held the Research Chair in Economic Geology at UNB, with a research focus on the petrogenesis of ore deposits. and has been a P. Geo since 2001. Recently, Dave has been awarded GAC’s Distinguished Service Award, The New Brunswick Association of Professional Engineers & Geoscientists Loring Bailey Geoscience Award, the Atlantic Geoscience Society’s Gesner Medal, CIM’s Julian Boldy Award, and IAGOD’s International Distinguished Lecturer Award, and is a Fellow of Geoscientists Canada. Most notably, he has edited three popular ore deposits-related books for GAC & MAC and has published well over 300 journal articles and numerous government publications. Lentz is particularly well known for his short courses, workshops, and field trips. Currently, he is the associate editor for Journal of Geochemical Exploration, Ore Geology Reviews, Journal of Earth Science, and FACETS. He is subject Editor for the Economic Geology section of Frontiers in Earth Science.