The Hawley Medal awarded to the best paper published in the Canadian Mineralogist in 2019 went to Drs.
Elliot A. Wehrle, and Andrew M. McDonald (Harquail School of Earth Sciences, Laurentian University) for
the following paper:

The winning paper combines CL data and trace-element chemistry in quartz (including a novel application of
the Ti-in-quartz geothermometer) to elucidate the conditions of formation relating to offset dikes in the
Sudbury area. It concludes that a combination of CL response, the textures these reveal, the trace-element
chemistry of quartz and the application of the Ti-in-quartz geothermometer are collectively most useful in
understanding the T of formation of the offset dikes and importantly, in distinguishing between them.
Though academic prizes are often rewarded for breakthroughs involving the discovery of things that are new
to human understanding, this award-winning research centered on one of the most thoroughly studied
materials in mineralogy: quartz. This common mineral turned out to be the key to solving a puzzle that is
1.85 billion years old.

As quartz changes very little, even over such a monumental timespan, McDonald and Wehrle helped
develop a clearer picture of how rock and mineral formations in the Sudbury Intrusive Complex took shape
over time. On a practical level, it could aid mining companies in finding more ore; on a deeper level, the
research gives us a better understanding of the land on which we find ourselves. 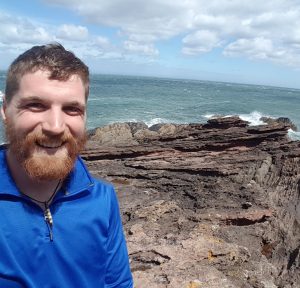 Elliot A. Wehrle is graduate student at University of Windsor, under the supervision of Dr. Iain Samson. His M.Sc. project is focused on Archean gold mineralization in the Wawa Gold Corridor, Wawa, ON. Elliot completed his B.Sc., at Laurentian University under the supervision of Prof. Andrew M. McDonald who supervised both his NSERC USRA (during which the research for this project was undertaken) and undergraduate thesis. He graduated at the top of his class (GPA of 9.67, Dean&#39;s Honour roll for four years) and has been the recipient of several accolades including: NSERC USRA (in the second year of his program), the David Beilitz award for the best undergraduate thesis presentation, SEG Undergraduate Scholarship, S-IMEW awardee, SEG Field trip attendee (Gold Deposits in the Birimian of Ghana, West Africa), GAC-MAC Earth Sciences award, along with an Ontario Graduate and an SEG scholarship in 2019. Mr. Wehrle has balanced his academic achievements with practical experience, including summer work terms with Canadian Malarctic (Kirkland Lake, ON) and Red Pine Exploration (Wawa, ON). As an undergraduate, Mr. Wehrle also penned an additional paper, this on gahnite and its exploration implications, based on research stemming from his UG thesis. He also presented two papers at a national conference (Resources for Future Generations; Vancouver, June, 2018), both of which were received very high accolades and significant attention. Mr. Werhle is an outstanding young scientist with a keen interest in using mineralogy to elucidate processes involved in the formation and evolution of ore deposits. 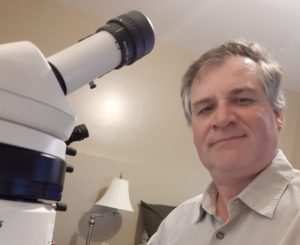 Andrew “Andy” M. McDonald  is an applied mineralogist in the Department of Earth Sciences at Laurentian University. His background is firmly planted in the crystal chemistry of minerals and the geological processes they reveal, applying these to solve geologically relevant problems, specifically those to HFSE (Ti, Zr, Nb), platinum-group and sulfide (magmatic ore deposits) mineralogy. He obtained a B.Sc. (Hons.) from the University of Toronto (1987) and graduate degrees from Carleton University (M.Sc. 1989, Ph.D. 1992). He joined the faculty at Laurentian in 1992 and currently holds the rank of Full Professor there and is Director of the Microanalytical Centre. He volunteers his time with the International Centre for Diffraction Data, is the Canadian member of the IMA Commission on Ore Mineralogy (COM), was former Associate Editor of the American Mineralogist (2010-2013), served as the Vice-Chair, COM (2010-2013), along serving on the former IMA Commission on the Classification of Minerals (1996-2002). Within the MAC framework he has served as Secretary (2000-2006), President of the Society (2016-2018) and Past-President (2018- ). He has also served as an Associate Editor of The Canadian Mineralogist (2006-2009 and 2020 – ), was a guest editor for the special volume on The Mineralogy and Beneficiation of PGM-Cu-Ni ores (Vol. 49, Pt. 6), a member of the Hawley Medal Committee (2012), organized a highly successful Berry Summer School on Optical Mineralogy with Prof. Jim Nicolls (U. Calgary) and was Vice-Chair for the Sudbury 1999 GAC-MAC meeting. This is his third Hawley medal, his team and he having been previously awarded this in 2015 and 2018.