Rémy S. Poulin is a research scientist with the Harquail School of Earth Sciences at Laurentian University (Canada). He obtained his BSc with Honours in geology from the University of Ottawa (Canada), followed by an MSc (2016) in Earth sciences from Laurentian University in the field of applied mineralogy. His MSc thesis, “A Study of the Crystal Chemistry, Cathodoluminescence, Geochemistry and Oxygen Isotopes in Scheelite: Application towards Discriminating among Differing Ore Deposit Systems”, was supervised by Drs. Andrew M. McDonald and Daniel J. Kontak. Since 2017, he has been an instrument and research scientist and sessional lecturer at the Harquail School of Earth Sciences. Rémy is an applied mineralogist and has been involved in numerous projects, focusing on the development of analytical methods (trace elements, cathodoluminescence) and the application of mineral chemistry to investigate complex geologic processes in a wide variety of Earth systems. He recently published a series of articles in The Canadian Mineralogist, and has been a reviewer for Ore-Geology Reviews and American Mineralogist. In addition, Rémy is an active member of the geological community. He is currently the finance chair of the Mineralogical Association of Canada and has served on a variety of councils and local committees. 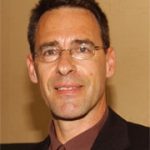 Daniel J. Kontak joined the Harquail School of Earth Sciences at Laurentian University in 2006 after 20 years (1986–2006) as a mineral deposit geologist with the Nova Scotia Department of Natural Resources (Canada) where he worked on a broad range of ore deposit settings. He was educated at the following Canadian universities: St. Francis Xavier University (BSc 1976), University of Alberta (MS 1980), Queen’s University (PhD 1985) and Memorial University (post-doc 1985), all in Canada . His interests are varied and span magmatic to metamorphic and diagenetic settings. With a large supportive group of undergraduate and graduate students, he has worked on magmatic (Ni–Cu–PGE, REE, Ta–Nb) and hydrothermal (Au, Sn–W, base metals) ore-deposit systems by integrating field work and a range of micro analytical methods. He has a particular fascination with fluid inclusions and their application to ore systems. He has been a Howard Street Robinson Lecturer for the Geological Association of Canada (1996), a previous Hawley Medalist for MAC (1990, 2002), and has received career achievement awards from the Atlantic Geoscience Society (Gesner Medal 2011), MAC (Peacock Medal 2011) and the Geological Association of Canada Mineral Deposits Division (Derry Medal 2016). He is a strong supporter of the MAC and has served as its president (2004–2006). 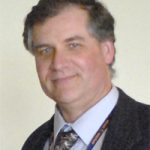 Andrew M. McDonald is an applied mineralogist in the Department of Earth Sciences at Laurentian University (Canada). His background is firmly planted in the crystal chemistry of minerals, which he uses to solve geologically relevant problems, specifically those in the areas of HFSE (Ti, Zr, Nb) mineralogy, platinum-group minerals, and sulfides from magmatic ore deposits. He was educated at the following Canadian universities: University of Toronto (BSc Honors 1987) and Carleton University (MSc 1989, PhD 1992). In 1992, he joined the faculty at Laurentian, where his is currently a full professor and the director of the Microanalytical Centre. He volunteers his time with the International Centre for Diffraction Data and is the Canadian member of the IMA Commission on Ore Mineralogy (COM). He has served as an associate editor of the American Mineralogist (2010–2013), as the vice-chair of the IMA COM (2010–2013), and on the former IMA Commission on the Classification of Minerals (1996–2002). Within the MAC framework he has served as secretary (2000–2006), president (2016–2018), associate editor of The Canadian Mineralogist (2006–2009) guest editor for the special volume “The Mineralogy and Beneficiation of PGM–Cu–Ni ores” (Vol. 49, Pt. 6), member of the Hawley Medal Committee (2012), and as vice-chair for the 1999 GAC–MAC meeting. He was previously awarded the Hawley Medal in 2015. He organized the 2014 Berry Summer School on Optical Mineralogy with Prof. Jim Nicolls (University of Calgary) held at the University of Ottawa. 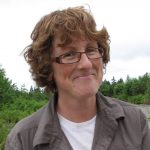 Beth McClenaghan is a graduate of the University of Waterloo and Queen’s University. She is a research scientist at the Geological Survey of Canada (GSC) where she has worked for the past 28 years. In addition to being a research scientist, Beth is Head of the Geochemistry Section at GSC. Her research focuses on methods development for the application of till geochemistry and indicator mineral methods to mineral exploration in glaciated terrain, with particular emphasis on precious, base, and strategic metals and diamonds. She is an adjunct professor at Queen’s University and co-supervises the indicator mineral research of several graduate students at Queen’s and other Canadian universities.

The 2018 Hawley medal was awarded for the paper ‘Assessing Scheelite as an Ore-Deposit Discriminator Using its TraceElement and REE Chemistry’ published in The Canadian Mineralogist Vol. 56, part 3, pp. 265-302, May 2018

The winning paper demonstrates that the crystal-chemical characteristics of a widely occurring mineral (scheelite) can be successfully used to discriminate between samples arising in different ore-deposit settings.

Besides contributing to our knowledge of the processes behind the formation and evolution of scheelite in a broad range of geological environments, the authors have created an extensive database of crystal-chemical data that will serve researchers far into the future. Their study illustrates key relationships between geology, mineralogy, and crystal chemistry.