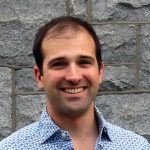 Gil F. Tansman is a recently minted food science PhD from the University of Vermont (USA). Prior to beginning his graduate studies under Dr. Paul Kindstedt, Dr. Tansman received an undergraduate degree from McGill University’s Faculty of Agricultural and Environmental Sciences.

Dr. Tansman has authored over a dozen publications, including five journal articles, an encyclopedia entry in the Oxford Companion to Cheese, and several conference abstracts.

Dr. Tansman has presented original research throughout the United States and, in 2016, he accepted an invitation to present findings on cheese crystals to an international audience of manufacturers at the 2016 “Science of Artisan Cheese” conference in Somerset (England). All of his dissertation research was conducted in collaboration with a diverse range of researchers, including the accomplished mineralogist Dr. John M. Hughes (University of Vermont), as well as commercial partners. This outreach, and the generosity of his collaborators, has allowed Dr.
Tansman to deliver industry-relevant research findings that straddle the interdisciplinary junction between food science and mineralogy.

Concurrent with his dissertation work, Dr. Tansman managed the laboratory staff at the world-renowned Cabot Creamery in Cabot (Vermont), where he learned to apply his academic training in a commercial setting. He now resides in Sacramento (California, USA) where he is rapidly gaining business development proficiency in his role with the Netherlands-based culture house, CSK Food Enrichment. 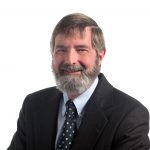 Paul S. Kindstedt received his BS in dairy technology and MS in animal science from the
University of Vermont, and a PhD in food science from Cornell University (New York, USA).

For the past 32 years, Kindstedt has been a faculty member and cheese scientist at the University of Vermont, starting as an assistant professor in 1986 and ascending to the rank of full professor in 1996. He served as Associate Director of the Northeast Dairy Foods Research Center (Cornell University, USA) from 1999 to 2004 and as Co-Director of the Vermont Institute for Artisan Cheese from 2004 to 2013.

Kindstedt’s research has focused mainly on structure–function relationships in cheese, and, most recently, on crystals in cheese and their impact on cheese structure and texture. He has authored and co-authored 88 peer-reviewed journal articles, 30 invited conference proceedings, 16 book chapters, and over 150 abstracts presented at scientific meetings. He has also authored 2 books: American Farmstead Cheese: The Complete Guide to Making and Selling Artisan Cheeses (Chelsea Green Publishing, 2005), and Cheese and Culture: A History of Cheese and its Place in Western Civilization (Chelsea Green Publishing, 2012).

Kindstedt has served on the Editorial Review Board of the Journal of Dairy Science, the Board of Directors of the American Dairy Science Association, and the Board of Directors of the Vermont Dairy Industry Association. He received the American Dairy Science Association Pfizer Award for Cheese and Cultured Products Research in 1993, the Kraft Foods Teaching Award in Dairy Manufacturing in 2008, and the International Dairy Foods Association
Research Award in Dairy Foods Processing in 2018. He was named First Honorary Lifetime Member by the Vermont Cheese Council in 2004. He has worked extensively with cheesemakers ranging in size from small artisanal to large industrial operations.

Professor Hughes has conducted funded research in mineralogy/crystallography throughout his academic career with support from the National Science Foundation, private corporations, and the Ohio Board of Regents. He has published three books and authored or co-authored hundreds of papers and conference proceedings in publications such as American Mineralogist, Canadian Mineralogist, and the European Journal of Mineralogy; much of that research has detailed the crystal chemistry of apatite minerals.

Hughes earned his bachelor’s degree from Franklin and Marshall College (Pennsylvania, USA) in 1975, and his MA and PhD degrees from Dartmouth College (New Hampshire, USA) in 1978 and 1981, respectively. In 1980, he was a pre-doctoral Fellow at the Geophysical Laboratory of the Carnegie Institution of Washington.

The 2017 medal was awarded for the paper, “Minerals in Food: Crystal Structures of Ikaite and Struvite from Bacterial Smears on Washed-Rind Cheese” published in The Canadian Mineralogist vol. 55 part 1, pp. 89-100, January 2017.