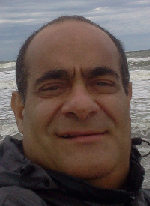 Fernando Guillermo Sardi was born and did his studies at all levels in San Miguel de Tucumán, Argentina. He is married and has three sons (Lucas, Pablo and Felipe) to whom this award is dedicated. He has been professor (since 2009) and assistant/associate professor (1992-2009) of Geochemistry at the Faculty of Natural Sciences and Miguel Lillo Institute of the National University of Tucumán for more than 20 years. He has also been a researcher of the National Research Council (CONICET, Argentina) since 2007. Fernando graduated as a geologist in 1991 and obtained his Ph.D. in 2000 from the same university where he now teaches. His doctoral work, supervised by Dr. Juana R. de Toselli (National University of Tucumán), investigated the geochemistry and metallogeny of W-bearing deposits related to granitic intrusions in the Ordovician Famatina System (Argentina). His postdoctoral work (2011-2012) at East Carolina University, under the supervision of Dr. Adriana Heimann, focused on the geochemistry of beryl, feldspars, and micas in granitic pegmatites from the Velasco district of the Sierras Pampeanas Geologic Province (Argentina).

Currently, his research focuses on the mineralogy and geochemistry of pegmatites and hydrothermal mineral deposits localized mainly in the Precambrian-Paleozoic Sierras Pampeanas. He is a member of the Mineralogical Association of Argentina. 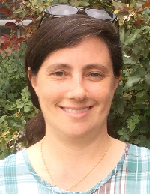 Adriana Heimann Ríos was born and grew up in Montevideo, Uruguay, with two younger brothers, mom, and dad. She graduated with a B.Sc. in Geology from the University of Uruguay, College of Sciences (1998). She attributes her fascination for mineralogy and mineral deposits to the influential teaching of Profs. Pedro Oyhantçabal, Juan Ledesma, and Rossana Muzio. During the last year as an undergraduate student they gave her the opportunity to do research and soon after that she took a faculty position while still a student. After a couple of years performing research and teaching mineralogy she moved to the US to attend Iowa State University, Ames, Iowa, where she obtained M.Sc. and PhD degrees in Geology (2003, 2006) under the supervision of Paul Spry. Adriana’s graduate research focused on rocks spatially associated with metamorphosed massive sulfide deposits in Colorado and Broken Hill, Australia, and in particular on the major and trace element chemistry of gahnite and garnet. After finishing her PhD she was a postdoctoral research associate at the University of Wisconsin, Madison (2006-2009), where she worked under the supervision of Clark Johnson and Brian Beard and collaborated with John Valley and Eric Roden. Her postdoctoral research focused on Fe isotope geochemistry in igneous systems and as a tool to understand the genesis of banded iron formations.

Adriana took a faculty position in Mineralogy and Petrology at East Carolina University in Greenville, North Carolina (USA), where she has been since 2009. Her current research focuses on the chemistry of minerals from granitic pegmatites as indicators of melt evolution, the geochemistry and genesis of banded iron formations, and Fe isotope geochemistry in igneous systems. Adriana is grateful for the opportunity to work with and learn from great scientists and mentors. Adriana is married to Manuel Salazar and they have a son, Nicolas, who likes pink quartz.

The 2015 Hawley Medal was awarded for the paper Pegmatitic beryl as indicator of melt evolution: example from the Velasco District, Pampean pegmatitic province, Argentina, and review of worldwide occurrences in The Canadian Mineralogist 52, 1-28. In this contribution the authors used major and trace element chemistry and unit cell dimensions of beryl from 10 pegmatites from the Velasco district to determine the relative degree of fractionation of the pegmatites. A compilation of beryl compositions worldwide was used to determine those pegmatites with the highest degrees of fractionation. The committee noted that this type of study is very new in the petrology of granitic pegmatites and that the research was carefully done and employed an excellent data set. They also noted that the authors are relatively young and will likely make major contributions in the future.

“We would like to express our deepest gratitude to the volunteers and staff of the Mineralogical Association of Canada and the Hawley Medal Committee for selecting this paper as the recipient of the 2014 Hawley Medal. It is a great honor to receive this prestigious award from such an outstanding group of scientists. We would like to thank Lee Groat, and previously Bob Martin, for their continuous support and hard and noble work for the Mineralogical Association and the mineralogy community. The research that led to this paper was possible with the support of our Institutions, colleagues, and a variety of funding sources.

We would like to dedicate this Medal to all the advisors that helped us follow our passion (I m not forgetting anybody). From the personal side, this would not have been possible without the support and sacrifice of our families. For that, I would like to dedicate this Medal to my dad (I miss you papá) and mom, grandmother, uncle, and brothers, for encouraging me to be free and to follow my dreams, and to Nicolas, for being here (it is wonderful to be a full-time mom and full-time professor, but it comes at a very high price!).”