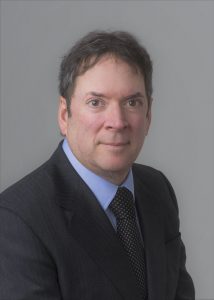 Lee graduated from Queen’s University with a BSc (Honours, Geology) in 1982 and from the University of Manitoba with a PhD in 1988. From 1988 to 1989 he was a NATO Postdoctoral Fellow at Cambridge University (UK). Lee has been a faculty member at the University of British Columbia since 1989, where his main research interests are the geology of gem deposits, pegmatites, the crystal chemistry of minerals, and economic geology, with a particular interest in northern Canada.

In 1999, Lee received the Young Scientist Award of the Mineralogical Association of Canada. In 2003, he was elected a fellow of the Mineralogical Society of America, and in 2009 the new mineral groatite, NaCaMn2+2(PO4)[PO3(OH)]2, was named in his honor. In 2002, Lee was awarded a Killam Prize for Excellence in Teaching, and since 2007 he has been Director of Integrated Sciences, a program for upper-year students whose interests cross disciplinary boundaries within the sciences which gives them the opportunity to design their own curriculum. Professor Groat is an independent director of multiple companies in the exploration and technology spheres and a partner in a private consulting company.

For being actively involved in MAC for more than 25 years, taking on many leadership roles including
foreign secretary, councillor, membership secretary, vicepresident and president-elect. Lee currently serves as
editor of The Canadian Mineralogist, a role he accepted in 2012 and continues to hold today. He has also acted as a strong advocate of research within the MAC, organizing short courses and special sessions on themes that ranged from petrology, to biological interactions with minerals, to gems.