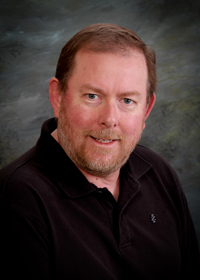 Iain Samson graduated from the University of Strathclyde with a BSc in applied geology in 1979 and a PhD in 1983. He then became a research associate with the Mineral Exploration Research Institute at McGill University in Montreal. In 1986 he joined the Department of Geology at the University of Windsor where he is now a full professor in the Department of Earth and Environmental Sciences. From 1998 to 2003 he was chair of the department.

Dr. Samson’s research interests revolve around the geochemistry and mineralogy of hydrothermal systems and the origin of hydrothermal mineral deposits. He uses a variety of approaches to understanding such systems, including mineral chemistry, isotope geochemistry, fluid inclusion studies, and thermodynamic modeling. He is also interested in improving analytical techniques for minerals and fluid inclusions, including laser-ablation ICP-MS and Raman spectroscopy. His research has involved a variety of system types, including sediment-hosted base-metal mineralization; magmatic-hydrothermal W, Mo, Cu, and rare-element deposits; and disseminated PGE mineralization. He has also been involved in studies of diagenetic fluids.

Dr. Samson was on MAC Council and Executive as Finance Chair from 1998 until 2007, and previously served as Chair of the Hawley Medal committee. He was also the lead organizer and editor of MAC short course volume 32 on fluid inclusions in 2003. He was formerly the short course coordinator for the Mineral Deposits Division of the Geological Association of Canada.