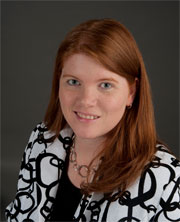 She then moved to the University of Arizona / Los Alamos National Laboratory to work on neutron diffraction of gas hydrates for her PhD. She was hired in 2007 by the Royal Ontario Museum. When she arrived, the largest corporate donation ever given to the museum had just been announced, and she worked tirelessly with her new group to open the permanent Teck Suite of Galleries: Earth Treasures in December 2008. She also was the lead curator for the Nature of Diamonds exhibit in November 2008 and co-curator of the Water exhibit in 2010. In the spring of 2012, she was promoted to full curator. Her main role is to oversee all of the Earth Science collections in the largest museum of world cultures and natural history in Canada. She also leads a research program employing diffraction and spectroscopy techniques to characterize phosphate minerals and related phases in terrestrial and extraterrestrial materials.

Kim is also cross-appointed to the Department of Geology at the University of Toronto where she teaches introductory geology and mineralogy courses.

The Young Scientist Award is presented to an individual who has made significant contributions in a promising start to a scientific career. This year’s awardee is Dr Kim Tait of the Royal Ontario Museum.

Kim discovered mineralogy at the University of Manitoba where and worked on rare Mn-rich amphiboles for her bachelor’s thesis with Frank Hawthorne. While doing this she also described her first new mineral, dellaventuraite, and worked on another new mineral, potassic-carpholite, as a side project.

Kim remained at the University of Manitoba for her Masters with Petr Černý. She began research on alluaudite-group minerals from Cross Lake, Manitoba which, triggered an interest in phosphate mineralogy.

Her career continued with a PhD at the University of Arizona where she worked with Bob Downs on gas hydrates. However much of this work was done at the Neutron Scattering Centre at Los Alamos National Laboratory.

Since graduating, Kim has been at the ROM, where she is the Curator of Mineralogy, and an Assistant Professor at the University of Toronto. At the ROM she has been very active and she has developed a number of high profile exhibits.

Kim has an impressive publication record, that is notable both for the number and breadth of papers. She has particularly made her mark in phosphate mineralogy. She also has published on a variety of new mineral structures, including work on new phosphate minerals such as manitobaite, bobdownsite, and wopmayite. She has added six more approved new minerals to her growing list, with seven more in progress. She has also also carried out research on gas hydrate mineralogy (her PhD work) using a range of techniques including neutron scattering, and co-authored a paper on carbon nanotube polymorphs that was published in Proceedings of the National Academy of Sciences and highlighted in a subsequent issue of Nature.

Since taking charge of one of Canada’s most important meteorite collections at the ROM, she has curated and enlarged this collection, and has developed a research program and published on the mineralogy of meteorites, in which she has been working on the textures and shock state of phosphate minerals in lunar, martian and asteroidal samples. She is also part of a group that is making advances on the oxygen isotopic composition of meteorites.

In addition, in October 2011, she published her first book, Gems and Minerals of the Royal Ontario Museum, Earth Treasures, a highly illustrated 256 page book that is distributed by Firefly worldwide. In addition to her accomplishments as a researcher, Kim is passionate about mineralogy and science and loves to share her enthusiasm with the public, a rare trait among researchers, and is extremely active in public outreach and promoting the mineral sciences.

It is my pleasure to present the Young Scientist Award to Kim Tait.