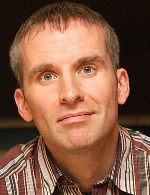 Dr. Osinski’s research interests are diverse and interdisciplinary in nature. His main area of research focuses on understanding impact cratering as a planetary geological process, on the Earth, Moon and Mars. He has published over 100 papers in peer-reviewed journals and special papers and has given over 80 conference presentations. The focus of his growing research program is on the beneficial effects of meteorite impacts, from the implications for the origin and evolution of life, to the economic benefits as exemplified by the world-class ore deposits in the Sudbury region. His research interests also include the development of exploration technologies and techniques for application in remote and extreme environments both on Earth and in Space. For this research, he was awarded a Canadian Space Agency Fellowship in Space Science (2007), an Ontario Ministry of Research and Innovation Early Researcher Award (2009), the 2009 Nier Prize of the Meteoritical Society, an international award for young scientists, and an NSERC Discovery Accelerator Supplement in 2013.

Dr. Osinski is also Director of the Centre for Planetary Science and Exploration at Western, the Principal Investigator of the Canadian Lunar Research Network, and the founder and first Chair of the Planetary Sciences Division of the Geological Association of Canada.

Oz’s main research focus is the investigation of meteorite impact craters and their effects on the origin and evolution of the Earth and of life itself. He has co-edited a book entitled,’Impact Cratering: Processes and Products’. His research has also resulted in the publication of more than 100 peer-reviewed articles in international journals and special papers since 2001 and he has given over 80 conference presentations. To quote Dr. Richard Grieve, a specialist in cratering processes ‘Oz has the rare ability to cross-over sub-disciplines in science and work at scales from the micro- to the mega-scale that is so necessary today in studying complex issues.’

Oz’s research is underpinned by mineralogy, petrology and geochemistry, which are disciplines of fundamental interest to the Mineralogical Association of Canada.

“It is a great honour to receive this award from the Mineralogical Association of Canada. I never imagined that I would be standing here today when I stepped off the plane in Canada for the first time fifteen years ago. This past fifteen years have been a great adventure for me and I am proud to call Canada home. I arrived in summer 1999 two weeks after my final exams in St. Andrews, Scotland, not knowing anything about what I would be working on for my PhD. Two weeks after that I stepped out of a Twin Otter on the barren but beautiful terrain of Devon Island, Nunavut, and the Haughton impact structure. The rest, as they say, is history.

This award from MAC means a lot to me. I consider some of my best accomplishments to date to be in the field of mineralogy and petrology – albeit unconventional! A theme from my PhD that continues to the present-day is what happens mineralogically and petrologically to sedimentary rocks when you slam a big asteroid or comet into them. Richard Grieve gave a great overview of the importance of meteorite impacts in his Logan Medal talk yesterday.

As a hard rock geologist out of St. Andrews, I was initially a bit perturbed with the prospect of mapping and working on the Haughton impact structure, which formed in the Arctic Platform dominated by carbonates. But my applying a range of modern microanalytical techniques – which for some reason most other impact workers hadn’t been doing – I proved that carbonates underwent melting at Haughton, essentially producing carbonatite-like igneous rocks. I then moved on to show similar processes at the Ries impact structure in Germany. At first these results were controversial in the impact community but in the years that followed, many other workers started seeing evidence for the melting of carbonates during impact events.

Before I close, I have a number of people to thank. First and foremost, I would like to thank Roberta Flemming for nominating me and putting together the nomination package and to all those who wrote letters. To my professors in St. Andrews who gave me the solid foundations that I continue to build on, thank you. Thanks to John Spray: for taking the chance and accepting me into a PhD position. I owe a big shout out to my colleagues at Western and all my past and present students and post docs.

In the audience today is Richard Grieve. I am perhaps most proud to be accepting this medal here at the Joint Assembly, the day after Richard received the Logan Medal from the Geological Association of Canada. Richard was an adviser on my PhD thesis and was, and continues to be, a mentor to me. I am happy to call him a friend and colleague. Finally, I would like to thank my wonderful wife and children for their continued support and encouragement.