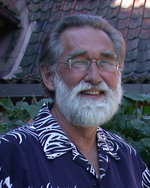 As an author or coauthor of over 50 articles in the scientific and popular literature on a great variety of topics related to mineralogy, Roy’s special interests are minerals of beryllium, scandium, tantalum, cesium, lithium, yttrium, and rare earth elements, as well as the minerals from both granite and nepheline-syenite pegmatites, both of which abound in his native Norway. He is coauthor of four new-mineral descriptions and contributed to a fifth, kristiansenite, which was named in his honor to recognize “a well-known amateur mineralogist from Norway who first noticed the new mineral.” Roy has also discovered 20 minerals new to Norway. He was presented with a pendant of scandium metal at the Kongsberg mineral symposium, 2008, in recognition of his “enormous contribution to Norwegian mineralogy.”

The Pinch Medal is awarded on alternate years since 2001 to recognize major and sustained contributions to the advancement of mineralogy by members of the collector–dealer community. This medal is named for William Wallace Pinch of Rochester, New York, in recognition of his enormous and selfless contributions to mineralogy through the identification of ideal specimens for study and through his generosity in making them available to the academic community. The Mineralogical Association of Canada awarded the 2009 Pinch Medal to Roy Kristiansen on February 14 at the Tucson Gem and Mineral Show. Bill Pinch was at the awards ceremony to celebrate the fourth time the medal has been awarded since he received it in 2001.

A resident of Sellebakk, in Østfold, south of Oslo, Norway, Roy is being recognized for his major contributions to the mineralogy of beryllium and scandium, and to the mineralogy of Norway. Roy exemplifies the best qualities one looks for in an amateur mineralogist: dedication and love of the subject, and great generosity in sharing his knowledge, resources and specimens with both amateur and professional mineralogists.

Roy has authored or co-authored over 50 articles in the scientific and popular literature on a great variety of topics related to mineralogy. His special interests are minerals of beryllium, scandium, tantalum, cesium, lithium, yttrium and the rare-earth elements, as well as the minerals from both granite and nepheline syenite pegmatites, both of which abound in his native Norway. Roy’s interest in scandium is infectious: in 2000, he suggested to Gunnar Raade that they should arrange an international symposium on the mineralogy and geochemistry of scandium, a suggestion that eventually led to the convening of the symposium “Scandium 2003. An International Symposium on the Mineralogy and Geochemistry of Scandium” with 22 contributed presentations from authors from all over the world and a field trip to areas with scandium mineralization in southern Norway.

“Ladies and gentlemen, friends of mineralogy, This is like receiving an Oscar at the Academy Awards ceremony! I am deeply touched and grateful for my nomination as recipient of the William Pinch medal for 2009, and especially for being the first European to receive the award, unless László and Elsa will protest as László is a native Hungarian!

I feel honored and proud, but also somewhat embarrassed because there so many others in the collector–dealer community who deserve such an award. For me as a non-professional, this is the highlight of my mineralogical life. I express my gratitude to Ed Grew, who nominated me, and naturally to the Nomination Committee of the Mineralogical Association of Canada, who made the final decision. Also my sincere thanks to Bill Pinch! Without him, there would be no Pinch medal!

I have always been interested to extend my knowledge of the complexity of minerals, their chemical nature, properties and geochemistry, in short, to unlock the secrets of Nature, combined with the pleasure of discovery. I am mostly fascinated by minerals with rare elements or complex chemistry, and especially minerals containing Be, Sc, Ta, Y, Cs, and Li, elements that are very important in modern and future technology. I feel tempted to say that “the most important issue in all discoveries is to communicate and disseminate the knowledge” (my slogan).

I take this opportunity to thank many good friends I have made among amateurs and professionals, for their support in the past three decades or more. There are several mentors in my life: one of my first trading partners abroad was late Richard Gaines, who stimulated my interest in Be and Ta minerals. I thank the pegmatologist himself, Petr Černý, the late Oleg von Knorring, of the University of Leeds, one of the finest people I ever met, the late Gene Foord, Paulus B. Moore, George Chao, Evgenii Semenov, Alexander Khomyakov, and my countryman Gunnar Raade in Oslo. In recent times, I’ve had the pleasure to cooperate and communicate with Ed Grew, Federico Pezzotta, Carlo Gramaccioli, Franz Bernhard in Austria, and not to forget you, Frank (Hawthorne), and your colleague, Mark Cooper, who gets the maximum data out of a minimum of material!

My discovery of kristiansenite, a new mineral of scandium, a Ca–Sc–Sn sorosilicate found at my very first visit of a remote locality in central Norway in1998, was the beginning of a small adventure, which later resulted in several scandium-bearing minerals and other interesting species. Now there are two more new Sc-rich minerals, oftedalite and the first oxide of scandium in Nature, the natural analogue of synthetic monoclinic of ScTaO4.

Finally, I thank the philosopher and ecophilosopher Arne Næss of Norway, father of the Deep Ecology movement, who had a strong impact on my way of thinking in the past 10 years. I knew him personally, and had several interviews and conversations with him. By coincidence, he died at the age of almost 97, on Monday the 12th of January, exactly ½ hour after Peter Burns mailed me about the Pinch Medal!

Today, all collectors in Norway are very proud and wish that they could share this moment with me. Thank you for your attention, thank you for making my day, and go in peace!”