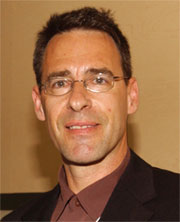 Daniel J. Kontak was born and educated in Antigonish, Nova Scotia, and graduated with a BSc (Honors) degree from St. Francis Xavier University in 1976, which included a year at St. Andrews University, Scotland, to play golf and hike the Scottish highlands. His education continued with degrees at the University of Alberta (MSc, 1980, on uranium metallogeny in Labrador) and Queen’s University (PhD, 1985, on the regional metallogeny of the Inner Arc Domain, southern Peru), followed by a postdoctoral year at Memorial University where he examined mineralized-granite settings in Newfoundland and Nova Scotia. From 1986 to 2006, he was employed as a mineral deposits geologist for the Nova Scotia Department of Natural Resources and traversed the province to document a wide variety of ore deposit settings. In 2006 he moved to Sudbury, Ontario, to take up a faculty position as an economic geologist at Laurentian University where he currently teaches and conducts research. Over the years, he has worked on a wide spectrum of magmatic and hydrothermal ore systems, using integrated field and laboratory studies to fingerprint the nature and origin of the ore fluids. He has sat on the council and executive of the Atlantic Geoscience Society and the Mineralogical Association of Canada and has been an associate editor of Atlantic Geology, The Canadian Mineralogist, and Economic Geology.