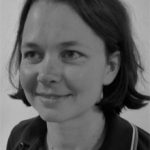 Bronislava Lalinská-Voleková was born in Bratislava, Slovakia in 1980. She studied geology with specialization in mineralogy at the Comenius University, Faculty of Natural Sciences in Bratislava and completed her Master thesis on the hydrothermal mineralization of two Sb deposits from Slovakia in 2003. Her scientific interests have shifted during the PhD study in Bratislava (supervised by Prof. Martin Chovan) as she switched from ore mineralogy to environmental mineralogy. The PhD dissertation Mineralogical and geochemical study of contamination sources and remediation project at abandoned Sb deposit Pezinok – Kolársky vrchwas submitted and defended in 2009. Later, she was working as a coordinator and scientist on project dealing with contamination generated by antimony mining in Slovakia. The paper that was awarded the Hawley medal is based on her PhD work and the results obtained in the later projects.
Since 2010, Bronislava is employed at the Department of Mineralogy and Petrology, continues with her research, and teaches environmental mineralogy, biomineralogy, and polarized-light microscopy. Except abandoned Sb deposits, her scientific interests has extended to the study of secondary minerals influencing toxic elements migration at Cu deposits and areas contaminated by coal-combustion ashes. 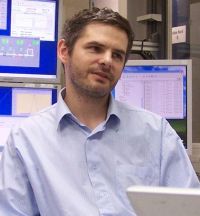 Juraj Majzlan is professor of mineralogy at the University in Jena (Germany). He graduated at the Comenius University in Bratislava, Slovakia, with a research related to Sb-Au ore deposits in 1996. Afterwards, he moved and completed his PhD at the University of California at Davis, where the topic changed to thermodynamics of iron and aluminum oxides. During his postdoc times at the Princeton University, he began to use synchrotron methods and applying them to a variety of environmental problems. This work was followed after 2004 when he moved to Germany, initially as an assistant professor in Freiburg.
In 2009, Juraj moved to Jena where he assumed a full professorship of mineralogy. Here, he continues in the studies of mineralogy and geochemistry of environmental pollution, especially that generated by mining activities, thermodynamics of minerals, and genesis of ore deposits. He is also director of the historical Mineralogical Collection in Jena and the secretary of the European Mineralogical Union.

Tomáš Klimko has completed his PhD study at the Comenius University in Bratislava in 2011. Under the supervision of Prof. Chovan, he studied secondary minerals in the tailings of abandoned antimony deposits in Slovakia. He examined transport pathways of the contaminants and the pollutant carriers in the waste.
At the moment, he is working at the Institute of Environmental Engineering of the Faculty of Mining and Geology in Ostrava, Czech Republic.

Martin Chovan is professor of mineralogy at the Department of Mineralogy and Petrology of the Comenius University in Bratislava, Slovakia where he is working since the late 1960’s. His main research interests include mineralogy and geochemistry of the Sb-Au mineralizations in the Variscan complexes in Slovakia, classification of the ore parageneses, and the evolution of the fluid systems responsible for these mineralizations. Another aspect of his scientific work were many environmental projects whose main target was speciation of Sb, As in secondary minerals in tailings.
As an internationally recognized expert in ore mineralogy, he participated or led several expeditions to Mongolia whose goals was to find ores of Sn-W-Mo, PGE, and Cu. He served as the chairman of the Department of Mineralogy and Petrology, Vicedean for research of the Faculty of Natural Sciences, principal investigator of the excellence center Solipha, and national representative of Slovakia in IMA. 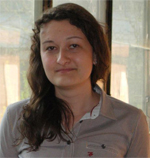 Gabriela Kučerová studied geology with specialization in mineralogy and petrology at the Faculty of Natural Sciences, Comenius University in Bratislava, Slovakia. She completed her MsC thesis in 2010 under the supervision of Bronislava Lalinská-Voleková.
Currently, Gabriela is a PhD student at the Comenius University in Bratislava where she investigates secondary minerals forming in mine tailings. 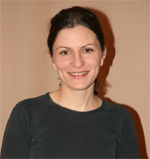 Jana Michňová graduated in geology with specialization in mineralogy at the Comenius University in Bratislava in 2005. She carried out research on mineralogy and geochemistry of porphyry Au-Cu-Mo mineralization hydrothermal siderite-quartz-(Cu) sulphidic veins.
Since 2011, Jana is employed at the Department of Geology of Mineral Deposits and concerned mainly with the investigation of porphyry deposits in central Slovakia and 3D modelling of ore deposits using GIS software.

Robert Hovorič studied mineralogy at the Comenius University in Bratislava and graduated in 2008 with his thesis focused on genetic mineralogy of the hydrothermal antimony mineralization.
Currently, he is working on arsenic behavior in industrial and mine waste forms under the supervision of Prof. Martin Chovan. Geochemical and mineralogical characterization of the waste samples has been completed during his doctoral research period in Comenius University in Bratislava and at the University of Torino in Italy. 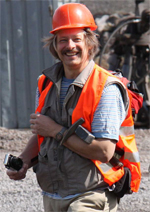 Jürg Göttlicher studied mineralogy in Giessen and Muenster (Germany) and finished his diploma in 1990 with an experimental study on the sanidine-microcline transformation in K-Ga feldspar. After his PhD in glass science he investigated the mineralogy of dumps and sediments of acidic mining lakes as a postdoc at the former Forschungszentrum Karlsruhe (now Karlsruhe Institute of Technology, KIT). He changed to the university Heidelberg and assumed the vacant chair in crystallography on an interim basis and came back to the KIT to participate in the setup of the X-ray beamline for environmental research (SUL-X) at the synchrotron radiation source ANKA.
As a beamline scientist, he is involved in user projects that range from mineralogy and geochemistry of abandoned mine sites via polar research to medical topics. Sometimes he likes to step out of the lab into the field where his recent research area on sulfur speciation in silicates with X-ray absorption spectroscopy has developed. 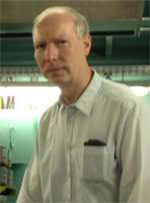 Ralph Steininger studied physics at the University of Karlsruhe. In his PhD, with Prof. W. Freyland at the physical chemistry department in Karlsruhe, he investigated the microscopic structure and electron localization of KxKCl1-x melts, using for this the small angle scattering experiment Jusifa at the synchrotron source Doris in Hamburg. At the end of 1994, he joined the initial team which planed and erected the synchrotron source ANKA at the Karlsruhe Institute of Technology (KIT).
In October 2000, he became responsible for the synchrotron environmental laboratory (SUL), whose major part is a dedicated X-ray beamline for environmental research. Today, together with his colleague Jürg Göttlicher he is operating the SUL-X beamline at ANKA, improving its capabilities and developing new methods.

The Hawley Award Committee was impressed with the meticulous detail with which the study was conducted and the thought-provoking nature of the discussion and conclusions reached. Studies into the mobility of heavy metals in soils and mine wastes are becoming increasingly on everyone’s agenda. In this study, Lalinská-Voleková et al. highlighted the important role that mineralogy plays in understanding, modeling and predicting the ultimate fate of heavy metals in the environment.

Over the long distance between Canada and central Europe, we would like to express our gratefullness for having received the Hawley award. We were surprised but also honoured to get the award.

The publication which brought us this honour is a result of a large project, involving altogether 25 people who worked, some of them permanently, some of the intermittently, on the large topic for over 8 years. Over this time, we have collected a lot of data, and the mineralogical results were essentially distilled into our paper in Canadian Mineralogist. Not only there is a lot of data (over 2500 microprobe analyses and 500 X-ray microdiffraction sets), but the data present a nice story about the environmental fate of arsenic and antimony in tailing ponds.

From rainy days of field work up to the long nights at the synchrotron, this was a team work with all its ups and downs. In the end, it worked out wonderfully and we really appreciate that the members of the selection committee chose our paper and the Mineralogical Association of Canada bestowed the award upon us.

Thank you very much!”

On behalf of all co-authors
Juro Majzlan