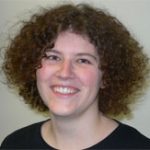 Susanne Göb received her Diplom (equivalent to an MSc) in geology with specialization in economic geology at the Eberhard Karls Universität Tübingen, Germany, in 2009. Her Diploma thesis, supervised by Gregor Markl, dealt with remobilization processes in hydrothermal veins from the Schwarzwald, Germany, with a special focus on rare earth elements. The paper that merited the Hawley medal is based on her MSc results. Currently, she is doing a PhD with Gregor Markl in Tübingen, where she investigates the formation of secondary minerals in vein-type ore deposits by combining the results of mineral and water analyses with thermodynamic modeling. Again, rare earth elements play a key role in her research. She expects to complete her PhD at the end of 2012. 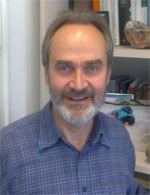 Thomas Wenzel studied geology and mineralogy at the Bergakademie Freiberg, Germany. He completed an MSc thesis on the exploration of carnallitite deposits of eastern Germany in 1983. In his PhD, with H.-J. Rösler in Freiberg, he dealt with the distribution and formation of sulfate-rich potash seams in Thuringia. Since 1987, Thomas’s scientific interests have changed to the mineralogy, petrology, and geochemistry of K-rich plutonic rocks, starting with the intrusive rocks of the so-called Meissen Massif in eastern Germany. In 1990, a Swiss Federal Fellowship enabled him to investigate the Meissen rocks by means of the electron-microprobe, XRF, cathodoluminescence and radiogenic isotopes at the University of Bern, Switzerland. He extended his investigations to other K-rich plutonic complexes of the Mid-European Variscan chain during a postdoc at the University of Mainz, and he finished with the habilitation in 1997. Between 1998 and 2001, Thomas worked with L. P. Baumgartner on the partial melting and assimilation of dolomitic xenoliths by mafic magma. In 2002, he went to the University of Tübingen, Germany, as a lecturer in polarization microscopy and igneous petrology. He is responsible for the electron microprobe lab. Thomas is a member of the DMG and MSA. He has published about 40 original peer-reviewed papers as first author or coauthor. 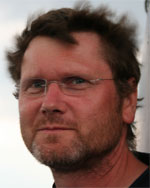 Michael Bau is a professor of geoscience at the School of Engineering & Science, Jacobs University Bremen, Germany. After graduating in geology from RWTH Aachen, Germany, Michael joined the Trace Element Geochemistry Group at the Hahn-Meitner-Institute, West Berlin (1989-1992). He received his doctoral degree in geochemistry from the Free University Berlin in 1991. He worked as a research associate in the Department of Ore Deposit Research at GFZ Potsdam, Germany (1993-1998), and at the NASA Penn State Astrobiology Research Institute, USA (1999-2002). Since 2003, Michael has been a professor of geoscience at Jacobs University Bremen, Germany, in the programs ‘Earth and Space Sciences’ and ‘Integrated Environmental Studies.’ His main research interests are low-temperature trace element and isotope geochemistry and the evolution of biogeochemical trace element cycles throughout Earth’s history. His field of expertise is the aqueous, sedimentary, igneous, and environmental biogeochemistry of the rare earth elements and yttrium and other critical high-tech elements. 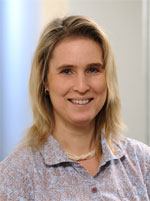 Dorrit Jacob is a specialist in trace element and isotope geochemistry at the Geocycles Research Center of the University of Mainz, Germany, where she works as both laboratory manager of the ICP-MS laboratory and leader of the new Biomineralization Group. She studied mineralogy for her MSc thesis in Mainz, establishing a microchemical technique for the analysis of three radiogenic isotope systems on single garnet grains. She moved on to a PhD at Göttingen, where she established the origin of eclogite xenoliths in kimberlites as former ocean crust of Archean age. Following this, she worked as a postdoc at the universities of Göttingen and Greifswald. In 2004 she moved to Mainz and set up a biomineralization research lab within the newly established Geocycles Research Center in 2006. She has twice set up a Laser-ICP-MS laboratory from scratch, in Greifswald and in Mainz. She is best known for her work on the microgeochemistry of eclogites and on the role of amorphous calcium carbonate as a precursor phase in the formation of carbonate biominerals. 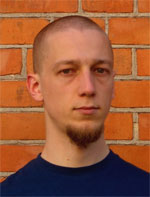 Anselm Loges graduated in mineralogy (Diplom) at the University of Tübingen in 2008 with a thesis on the oxidation of silicon carbide. After this work in technical mineralogy, he completed his dissertation in petrology (University of Tübingen) on element transport, particularly of the REE, in hydrothermal systems. His thesis included studies of natural samples from southwestern Germany but also experimental work at McGill University, Montréal. In 2012, he joined the Mineralogy and Petrology Group at Technische Universität Berlin for his postdoctoral research. Anselm’s primary field of interest is the hydrothermal transport of elements, with emphasis on quantitative thermochemical data for the complexation and speciation of HFSE and REE by naturally relevant ligands. His current research focuses on the interplay between volatile and highly insoluble elements and the implications of this interplay for ore-forming hydrothermal processes. 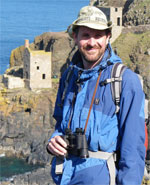 Gregor Markl completed in 1994 an MSc thesis on beryl- and Sn-bearing greisen systems in the Schwarzwald, Germany, after studies in physics, chemistry and mineralogy at Freiburg University, Germany. His PhD, with Kurt Bucher in Freiburg, dealt with halogen systematics in lower-crustal rocks from Lofoten, Norway. Since then, Gregor has worked on the petrology and geochemistry of hydrothermal ore deposits, of peralkaline rocks, of anorthosite-charnockite suites, and on REE systematics in various high- and low-temperature environments. In 1998 he was appointed professor of petrology at Tübingen University, Germany, and since 2005 he has been the chair of petrology at Tübingen. In 2001, he won the prestigious Krupp Award for Young University Teachers. In 2005-2006, he was president of the German Mineralogical Society (DMG). Since 2009, he has been a member of the German National Academy of Sciences Leopoldina. He has written 4 books and has published more than 100 peer-reviewed papers as first author or coauthor.

The paper describes the association and chemical compositions of supergene REE-bearing minerals found within hydrothermal veins in Germany. The authors describe the processes of REE remobilization in hydrothermal veins by combining information of both the REE-bearing mineral assemblages and the details of REE compositional variations in cogenetic solid phases and fluids. The REE compositions of the minerals are linked to the minerals found where the supergene fluids are thought to originate. The authors consider the distribution of elements with respect to the interaction of the host calcite and the crystallizing REE-containing minerals and this interplay between large and small-scale processes leads to the final REE distribution. To follow the mobility of the REE’s on their final path, the authors consider the impact of these minerals on the composition of the local groundwater. The paper is an excellent example of how to use careful mineralogical and chemical measurements to understand the fine details of mineral – solution interactions and relate these to the larger-scale geochemical processes in hydrothermal deposits.

I am deeply honored and extremely grateful to receive the Hawley Medal for my paper on the redistribution of the rare-earth elements in secondary minerals in the Schwarzwald ore district, Germany. Anyone who would get an e-mail message like the one I received informing me of this prestigious award would be shocked. I did rub my eyes, wondering whether this could really be true. I really could not believe it at first, because this is the first article that I wrote in my life.

It is basically the publication of the results of my M.Sc. thesis that led to this award. Could anyone hope for a better start in a scientific career? Obviously, this award means a lot to me, and will be a strong reminder not to let the short-term setbacks that may arise during the course of my Ph.D. study affect my search for excellence. It really feels good to get acknowledged by one’s peers, and for this, I am most grateful.

Thank you, members of the selection committee!

Of course, this work would not have been possible without the help of many people, especially my coauthors. Of these, I especially thank Gregor Markl, who proposed the project to me and provided most of the samples for this study. Thomas Wenzel optimized the electron-microprobe program. Anselm Loges contributed many ideas during our discussions of the data, whereas Michael Bau and Dorrit Jacob provided the necessary analytical facilities. I also acknowledge the help of the technicians in the laboratories and all who provided sample material and access to outcrops. I also thank the Krupp Foundation, which has supported the research activities of Gregor Markl (and thereby, also mine) by the award of the Alfried Krupp Prize for Young University Teachers to him. Many thanks go to the editor of The Canadian Mineralogist, Robert F. Martin, who scrutinized and edited the manuscript.

Last, but not least, and on behalf of all coauthors of the paper, I thank the Mineralogical Association of Canada for the award of the Hawley Medal for 2012.”