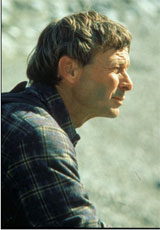 Joel D. Grice spent most of his career at the Canadian Museum of Nature, Ottawa. In 1976, He was hired as Curator of Minerals, but ten years later an overzealous director made curatorial positions extinct. He took a proffered research position reluctantly as he was unsure how he would fare in such an activity. He had always thought he would be responsible for the development and care of the mineral collection and not a researcher. Perhaps his observational skills and simple quest for explanations of ‘why things are the way they are’ have proven some worth. The concept for the paper on the role of Be in beryllosilicates originated from simple observations on the curious behavior of this exotic element: full ordering of Be with respect to Si and Al, the nonrandom distribution of Be throughout the crystal structure, and the ability to promote polymerization and increase topological density. To examine and analyze this behavior, a number of structural hierarchies were investigated: fundamental building blocks, vertex symbols, and coordination sequences. The latter were found to be the most important descriptor. The analysis of the role of Be in beryllosilicates has led to applications in material design.

“Receiving this award in the same year as the first printing of a mineral and rock book I wrote for beginners gives me the satisfaction of knowing that museum work can serve both science and society. For the honor of this award I thank the MAC Hawley Medal Committee and our long-suffering and ever-faithful editor, Bob Martin”