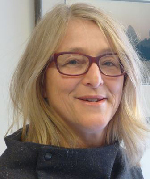 Martine M. Savard received her Ph.D. in 1991 from the University of Ottawa where she specialized in stable isotope geochemistry applied to the evolution of sedimentary carbonate rocks. She joined the Geological Survey of Canada (GSC) in 1990 applying her expertise to the study of Pb-Zn carbonate-hosted deposits in Canada, Morocco and Peru. She revisited the related deposition models and proposed new methods of exploration for this type of deposits. She also contributed to the development of new exploration strategies for petroleum in Eastern Canada.

Dr. Savard is adjunct professor at INRS-ETE where she has been co-teaching a stable isotopes graduate course for 14 years. She’s the head of GSC s Delta-Lab, a stable isotope laboratory that she now dedicates to solving environmental issues. Recently, she and her team have been addressing several environmental questions such as the sustainable development of groundwater resources in Eastern Canada, and distinguishing natural and anthropogenic metal accumulations in the vicinity of Canadian smelters and mining operations.

Martine Savard is now pursuing research on using trees geochemistry to reconstruct air quality changes and soil chemistry through the last centuries. She is also conducting research on climate reconstruction using isotopic series in living and fossil trees. She was the main organizer of several international thematic sessions and symposia, has published over 75 articles in peer-reviewed journals and has been a member of several grant selection committees over the years. Dr. Savard has served the Mineralogical Association of Canada for over 10 years (2004-2014), first as councillor (2004-2006), then treasurer (2006-2008), and finally as co-signing authority (2008-2014).

The Mineralogical Association of Canada is an organization this is and has always been, run by teams of dedicated volunteers. It is through these volunteers, with their time, energy and passion, that our Association has become what it is today. Every year, the MAC recognizes the exemplary, long-term dedication of individuals who have dedicated so much to our association. This is done through awarding of the Berry Medal (named after Len Berry, a Professor of Mineralogy at Queen’s University and Editor of The Canadian Mineralogist from 1955 until 1975).

This year’s winner is Dr. Martine Savard, who was nominated by Ms. Pierrette Tremblay, a former Berry medal winner herself. In her nomination letter, Ms. Tremblay wrote highly of Dr. Savard’s dedication to Mineralogical Association of Canada, highlighting that over a ten-year period, Dr. Savard has served the Mineralogical Association of Canada as a Councillor, Treasurer and as a Signing Officer. Importantly, Dr. Savard was instrumental in coordinating major changes in financial institutions and in facilitating the move of the Business Office from Ottawa to Quebec City.

Dr. Savard was also our champion for space in the INRS-CGC office, a location that the MAC continues to operate from today. It is only through such dedication and passion that the Mineralogical Association of Canada continues to thrive as it does today and it is important that we take time to recognize the efforts of individuals who truly espouse what it means to be a volunteer on behalf of our association.

By Pierrette Tremblay and Andy McDonald

“I would like to thank the Mineralogical Association of Canada for awarding me the Berry Medal. I accept this honour with humility knowing that I am recognized here for accomplishments that were done in close collaboration with the executive committee in force during my 10 years with the Association.

Now to discuss a little bit about my role as treasurer, I should first mention that I was solidly supported by Pierrette Tremblay and Johanne Caron. Our role between 2004 and 2008 was to make sure MAC would continue its many regular activities, including providing grants and scholarships, stimulating the interest of students and encouraging young scientists, etc. For that, we had to restructure the administrative service, move its office and slightly change its Modus operandi.

Among other decisions, we elected to reinvest the funds. This turned out to be a good move as MAC went through the 2008 crisis without much damage. I know from Marc Constantin, the current treasurer, that MAC’s financial situation is also excellent these days.

On the human side of things now … My MAC time coincided with a change in my research interests. As an Isotope Geochemist, I progressively moved from studying diagenesis to conducting environmental research. Having the chance to lead large multi-disciplinary and inter-institutional projects, and benefiting from being active in selected groups of experts is truly motivating! This certainly is one aspect of my job at the Geological Survey of Canada that I really enjoy.

That sort of dynamic and multi-facetted collaborative spirit I have found when I was active on MAC’s executive committee. Hence getting the Berry Medal brings surprise, but most importantly good memories of council and executive meetings that gathered talents from various horizons. I recall working with many highly motivated collaborators, to name a few, Kurt Kyser, Iain Samson, Daniel Kontak, Rob Raeside, David Fowle, and Robert Martin who was the editor of Canadian Mineralogist at the time. So, definitely good memories!

In closing, to those of you accepting to play a role in scientific associations, may your volunteer experience be as positive as mine with the Mineralogical Association of Canada.

Thanks again to the Association for this honour!”